Steven Lee Lukather was born on 21 October 1957 in the San Fernando Valley, California, and from an early age he was playing keyboards and drums, teaching himself how to play the guitar starting at age seven. His father had bought him a Kay acoustic guitar and a copy of 'Meet The Beatles', and it was an album which he later said changed his life, being particularly influenced by the guitar playing of George Harrison. At Grant High School he met David Paich, and the Porcaro brothers Jeff, Steve, and Mike, all of whom eventually became members of Toto, but by the early 70's he became interested in the idea of becoming a session musician, a vocation that provided opportunities to play with a variety of famous artists. Jeff Porcaro had been playing drums with Steely Dan since 1973, and became a mentor to Lukather, furthering his interest in session work. His first job in the music industry was studio work with Boz Scaggs, after which Paich and Jeff Porcaro asked Lukather to join them in forming a band with his brother Steve, Bobby Kimball, and David Hungate, naming themselves Toto, either after the dog in 'The Wizard Of Oz', or according to an urban myth, after writing 'toto' on their demo tapes to distinguish them from other bands, they then adopted the name, as 'in toto'  was Latin for "all-encompassing", referring to the band members playing on so many records and in so many musical genres. During the 70' and 80's Lukather achieved notability as one of the most sought-after session guitarists in Los Angeles, reputedly playing guitar tracks on more than 1500 albums in his 36 years as a session musician. Named by Gibson Guitar Corporation as one of the Top 10 session guitarists of all time, he has performed on many notable tracks, including Earth, Wind & Fire's 'Faces' album, soloing on the tracks 'Back On The Road' and 'You Went Away', two tracks from the Lionel Richie album 'Can't Slow Down', and on 'Richard Marx's 'Repeat Offender', as well recording virtually all of Michael Jackson's 'Thriller' with Jeff Porcaro. With such a massive back-catalogue to choose from, compiling a representative album took quite a while, but in the end I decided just to concentrate of the period between the formation of Toto and the release of their first album, so all of these tracks are from just the two years from 1977 to 1978, with a couple from 1979 to flesh out the second disc. While I was collecting these recordings I noticed that he'd played on quite a lot of sessions for female artists, and in the end it was logical to split them into two discs, one for the guys and one for the gals. Most of the male artists were US singer/songwriters, not always well-known, but generally able to knock out a good song, and so while the original track listing also included songs from Alice Cooper, Peter Criss of KISS, and Japanese songsmith Tahao Kisugi, by excising those songs, it ends up a very cohesive, laid-back singer/songwriter album, so much so that it almost sounds like the work on one artist. The female singers are a more diverse bunch, ranging from Diana Ross and Barbara Streisand to Olivia Newton-John and Helen Reddy, and while he isn't always given the chance of a solo on some of the tracks, his work is nevertheless integral to the song. So enjoy this very small selection of the session-work of Steve Luthaker, amounting to less that 1/50th of his total recorded output. 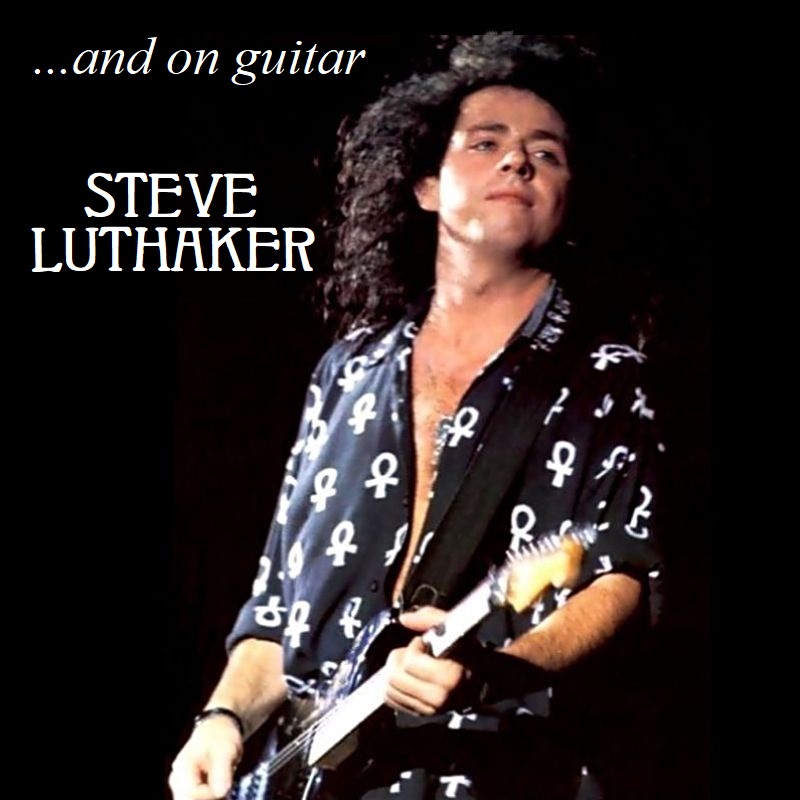 This blog aims to post albums that currently don't exist in the mainstream, but which I think should. They will be albums rejected and shelved by record companies, collections of rare tracks and b-sides, or theme-based compilations of an artist. There will also be imagined albums which could have been recorded in an alternative universe. Hope you enjoy these albums that I wish existed.

Search ‘band name aiwe’ (e.g. dylan aiwe) for my albums. If that doesn't work I'll give a search hint at the end of the post.